Shenzhen GOOD-SHE Technology Co., Ltd. (hereinafter referred to as GOOD-SHE) is a company specializing in the production and processing of chargers, data cables, power adapters and other products. It has a complete and scientific quality management system. Over the years, we have continued to innovate to adapt to the development of the global electronics industry, and provide many new and old customers with high-quality and low-cost adapter products.span> The GOOD-SHE 33W charger has an overall white appearance, and the shell material is a flame-retardant shell. 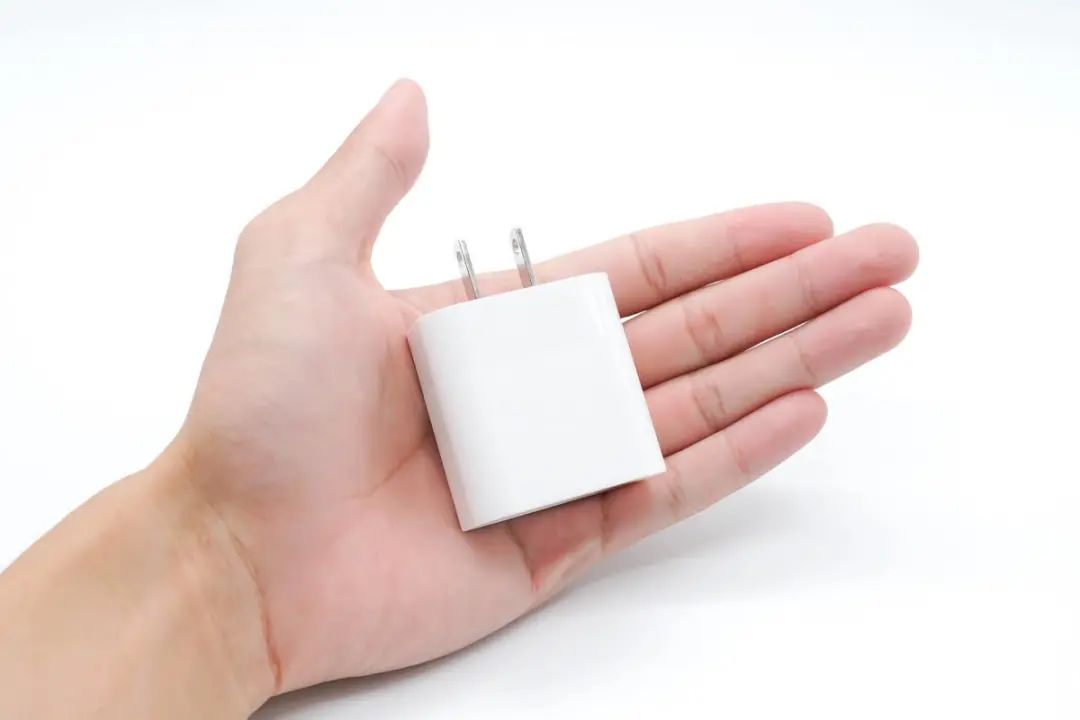 As shown in the picture, the charger is equipped with fixed pins, the pin type is American standard, universal national standard socket. 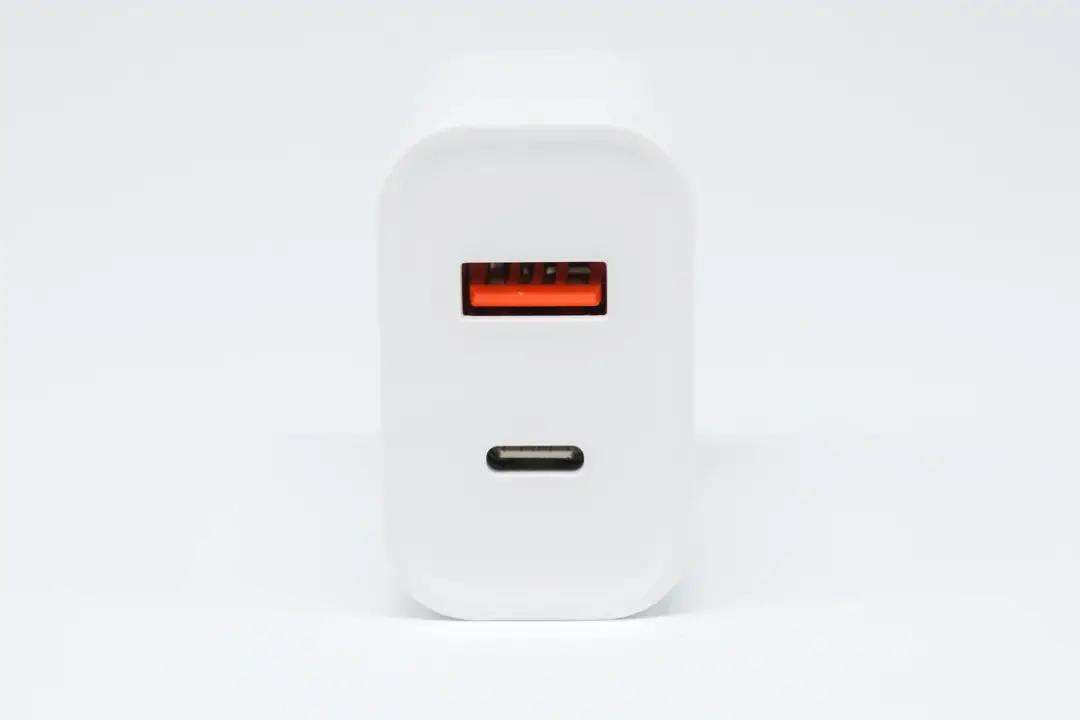 The charger is equipped with a 1C1A dual USB fast charging interface. The USB-A has an orange inner tongue, which is in line with the characteristics of fast charging.

It can be seen that the contacts inside the USB-A are widened, which is also designed to carry large currents. Among them, USB-C supports 5-20V full voltage range, supports up to 33W fast charge power, and USB-A supports 18W fast charge. 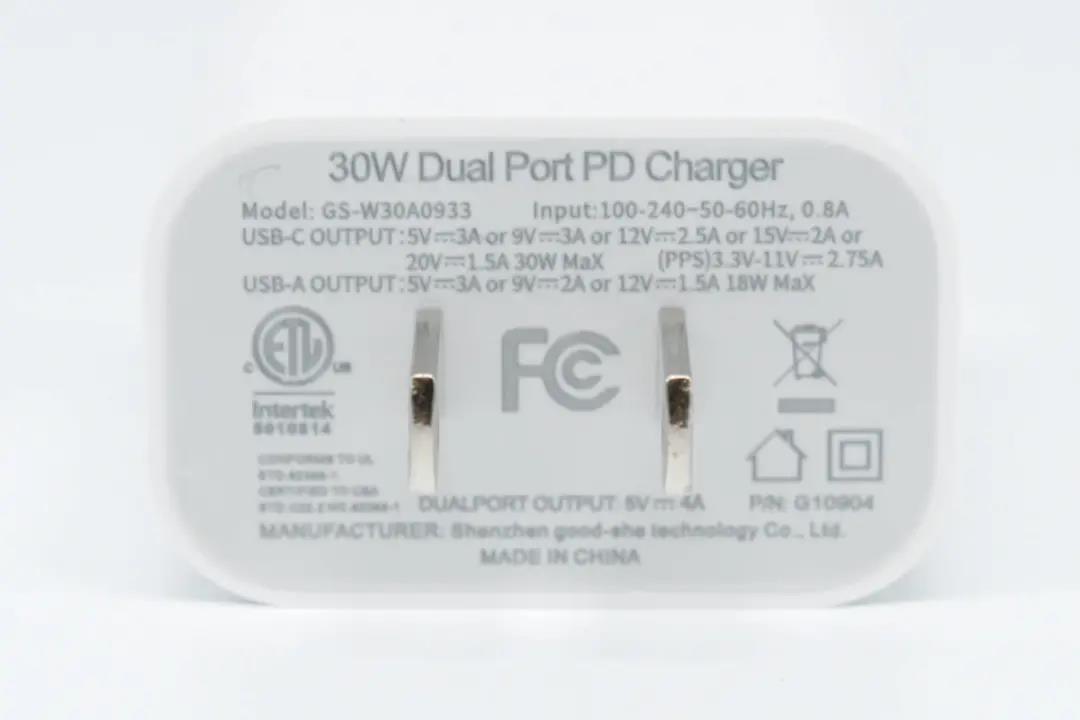 Specific parameter information is printed on the surface of the pin. The specific model of the charger is GS-W30A0933, which supports a wide voltage input range of 100-240V. 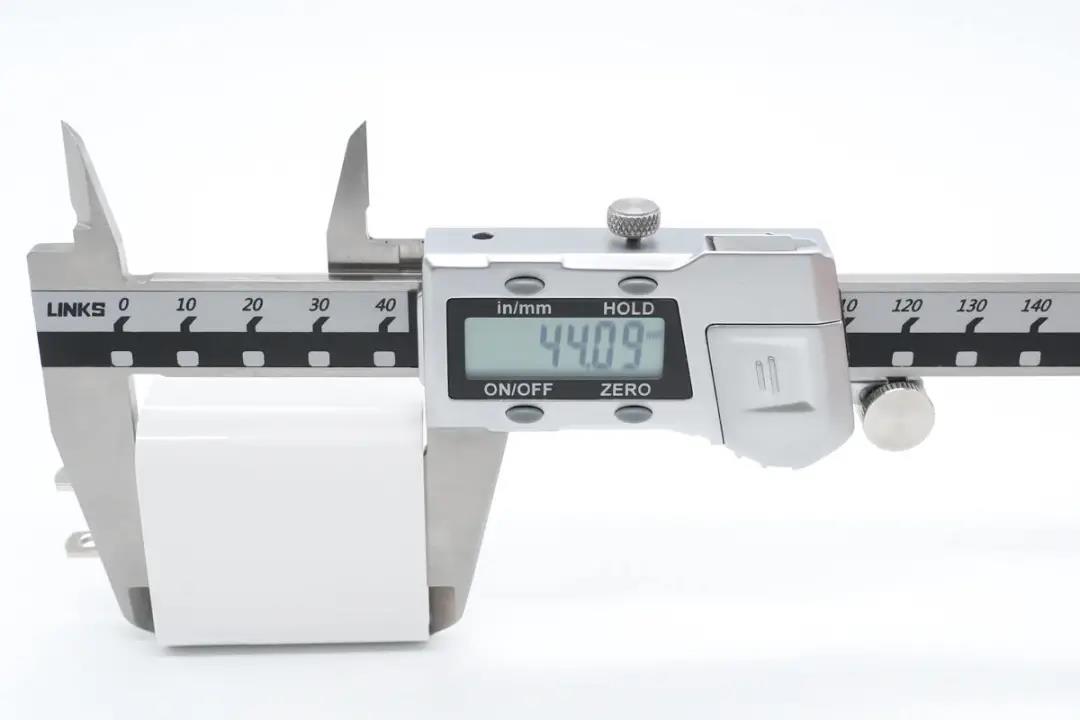 In terms of volume, the length of the charger measured with a caliper is about 44.09mm (without pins).span> 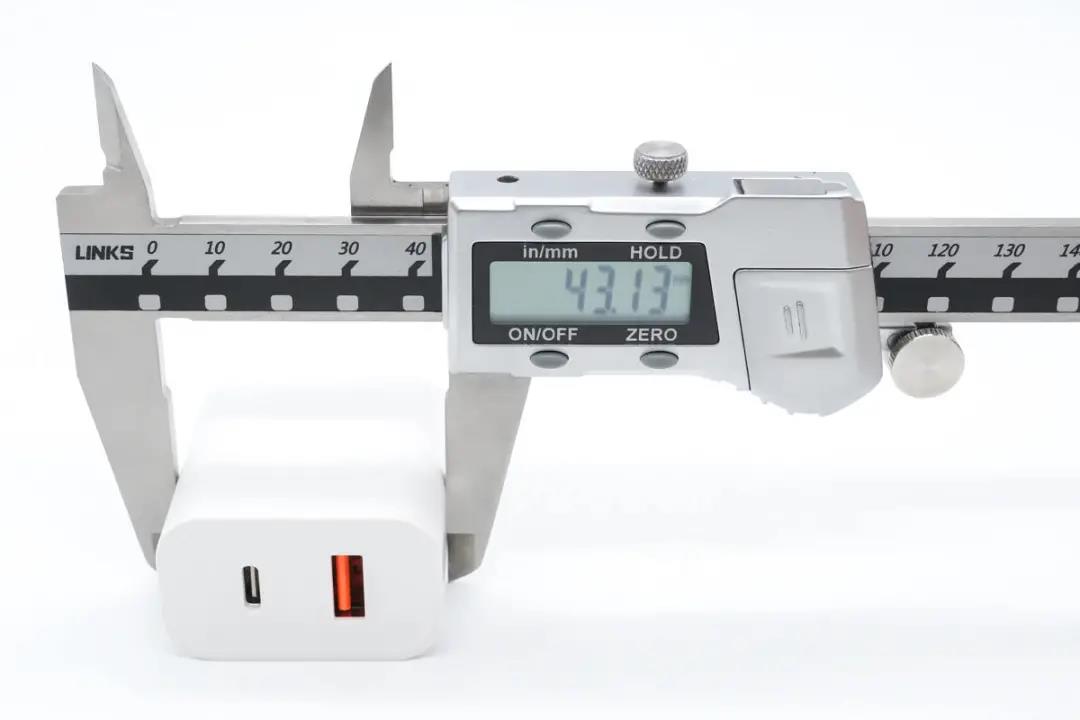 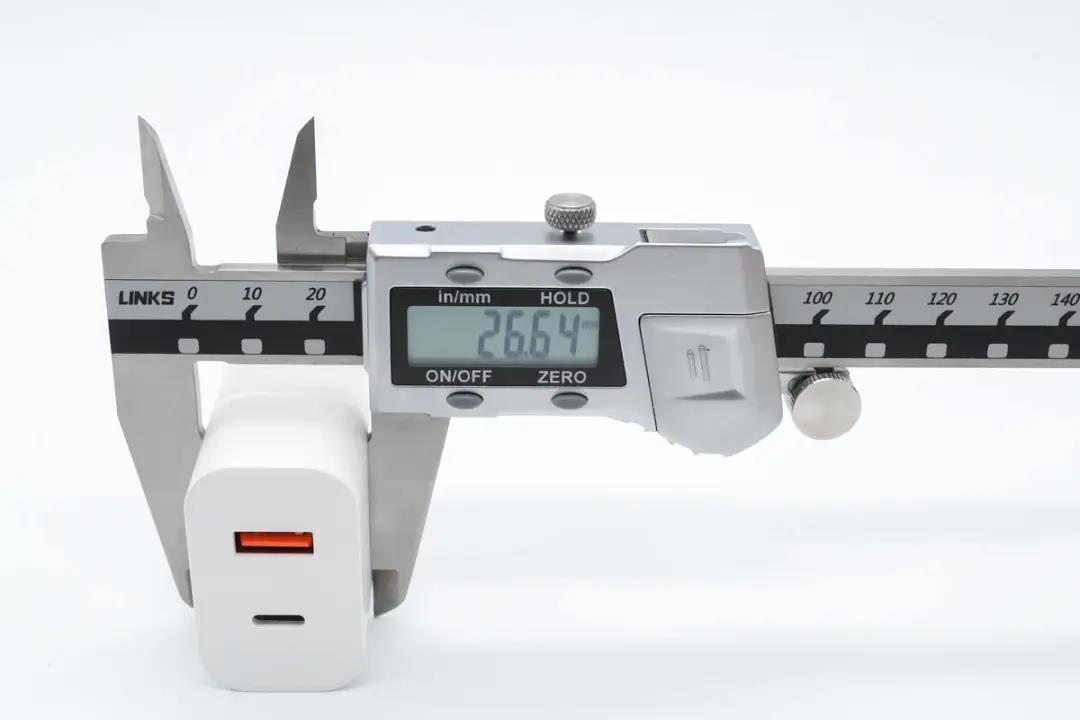 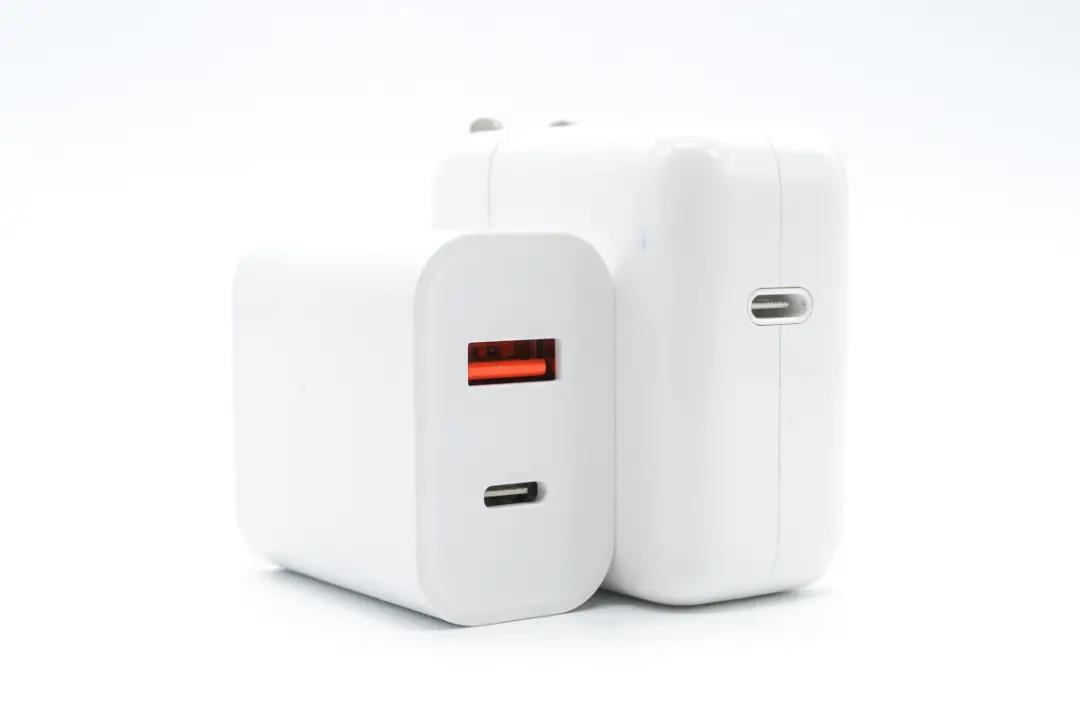 Compared with Apple’s 30W charger, it is smaller in size and has more ports than the latter. 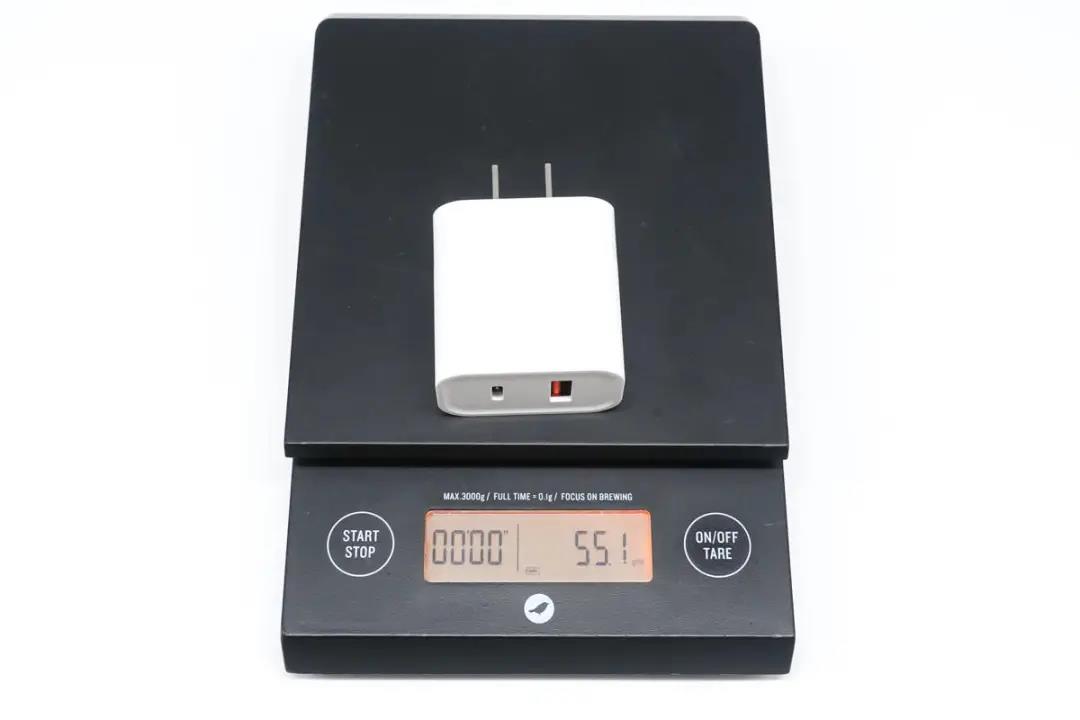 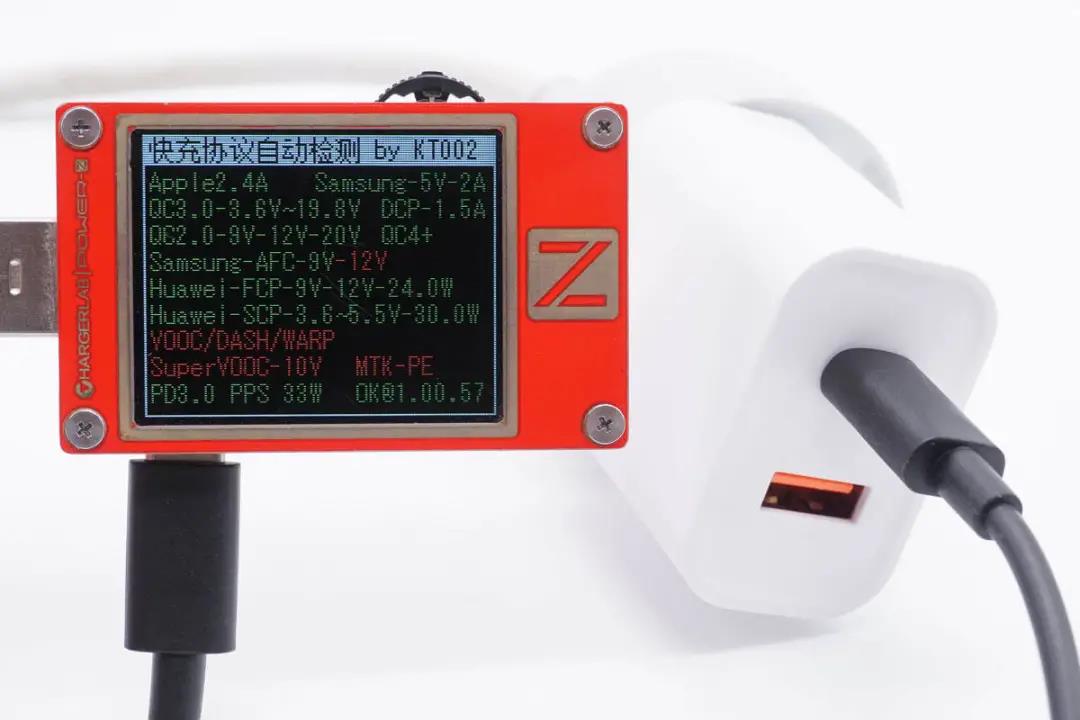 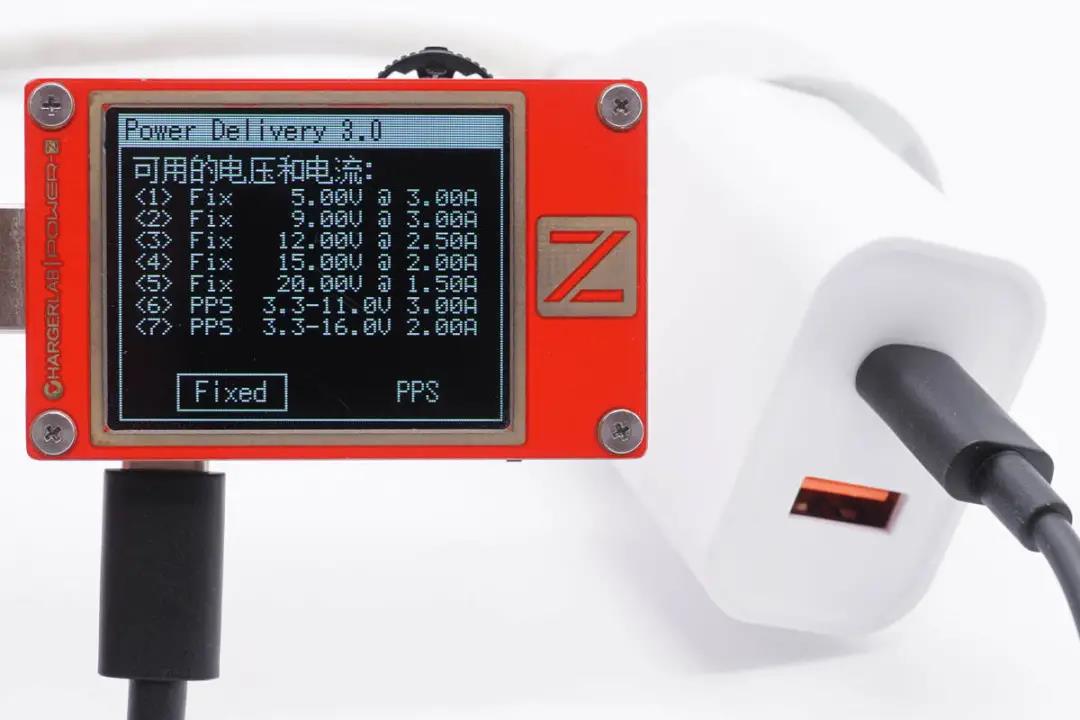 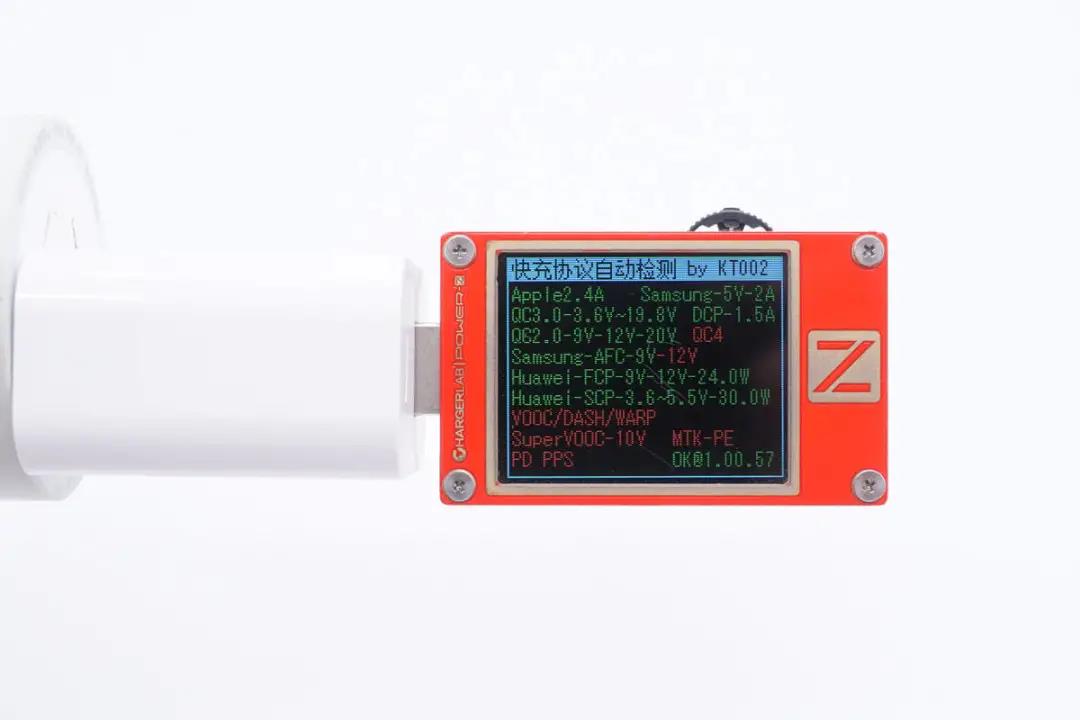 Finally, read the fast charging protocol of the USB-A interface. Compared with USB-C, it only lacks support for PD, PPS, and QC4+ fast charging. 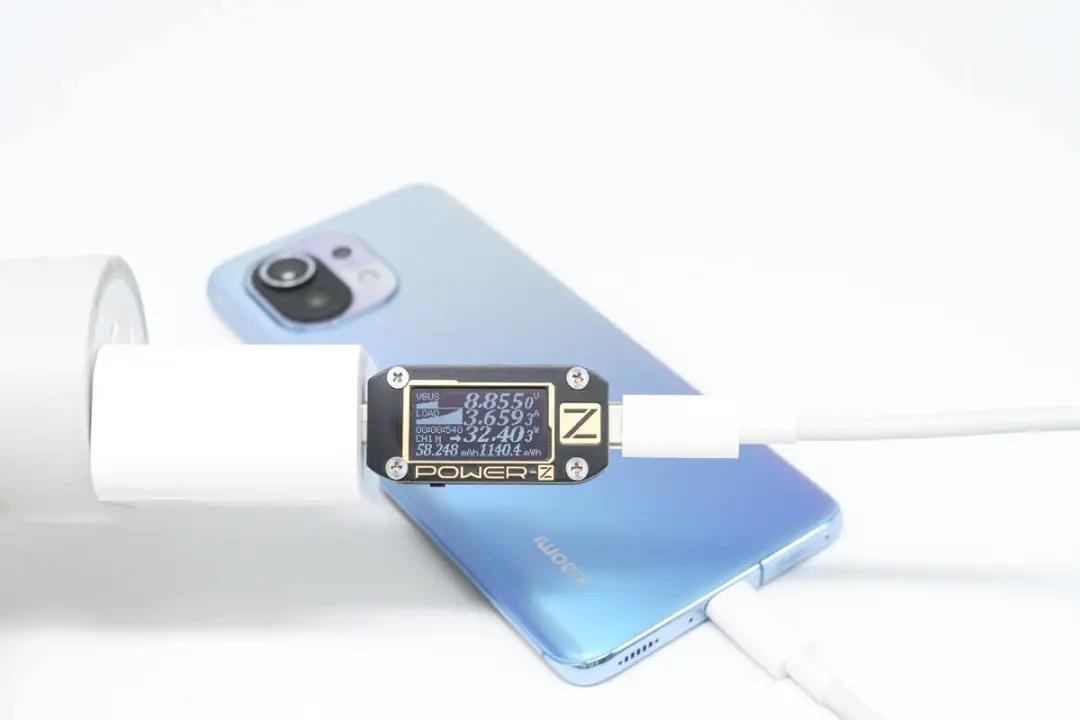 The summary of the test data of the USB-C interface shows that the device is in a fast charging state as a whole, and 15V or 20V high-voltage fast charging can be provided for iPad and notebooks. 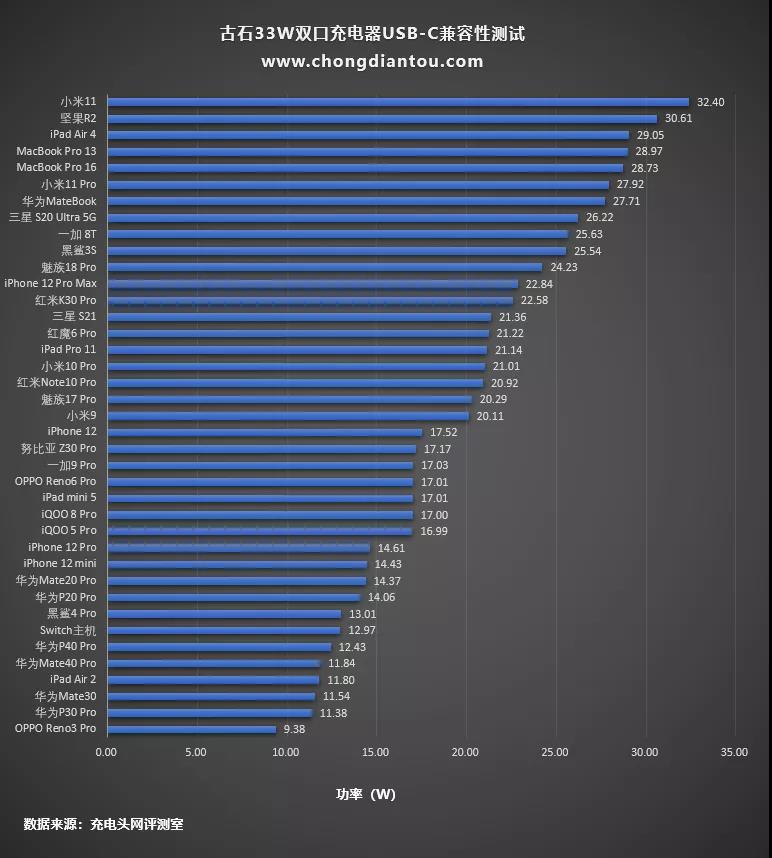 It can be seen from the histogram that the Mi 11 has the highest power, and the power histograms of other devices tend to be relatively flat, and most of them are in a fast charging state. 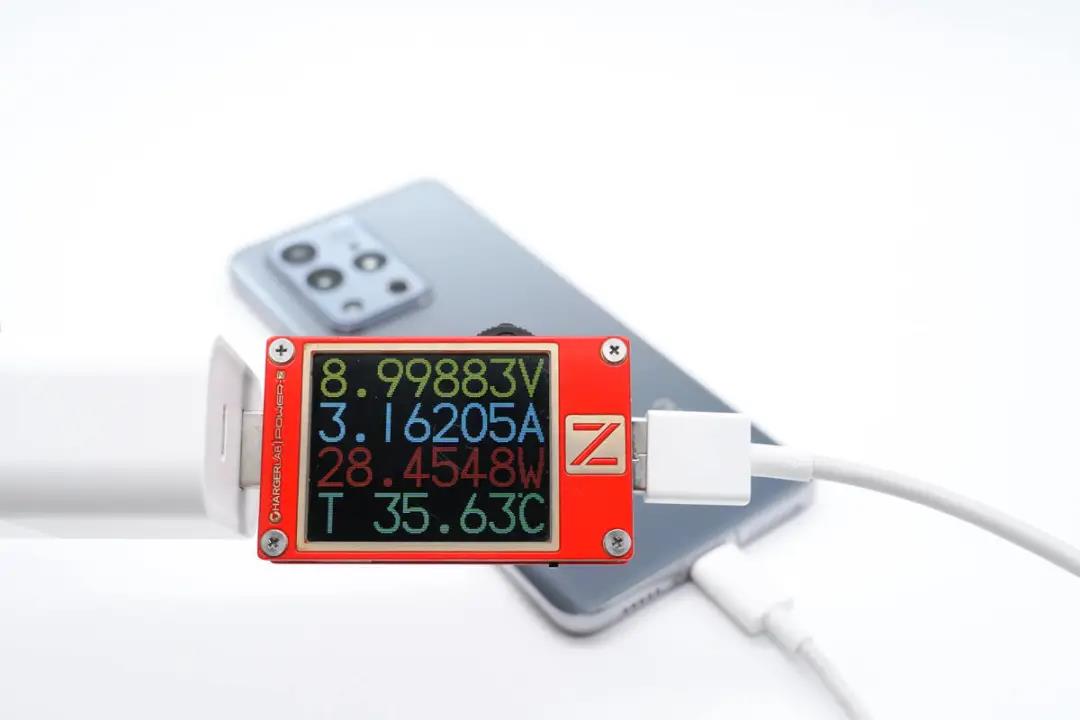 In the test part of the USB-A interface, the power of Meizu 18 Pro using USB-A can reach 28.45W, which has exceeded the nominal maximum power value. It can be seen that the USB-A still reserves a certain power margin in the power design. Amount of. 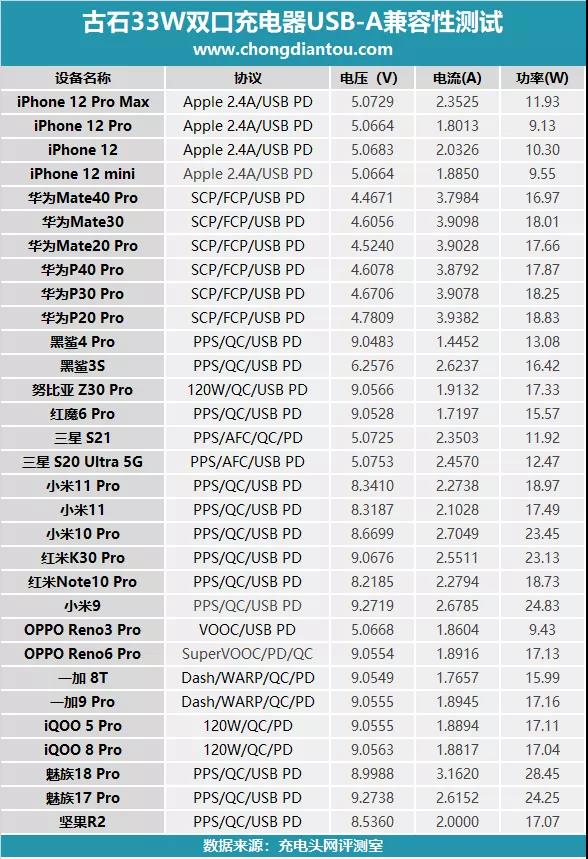 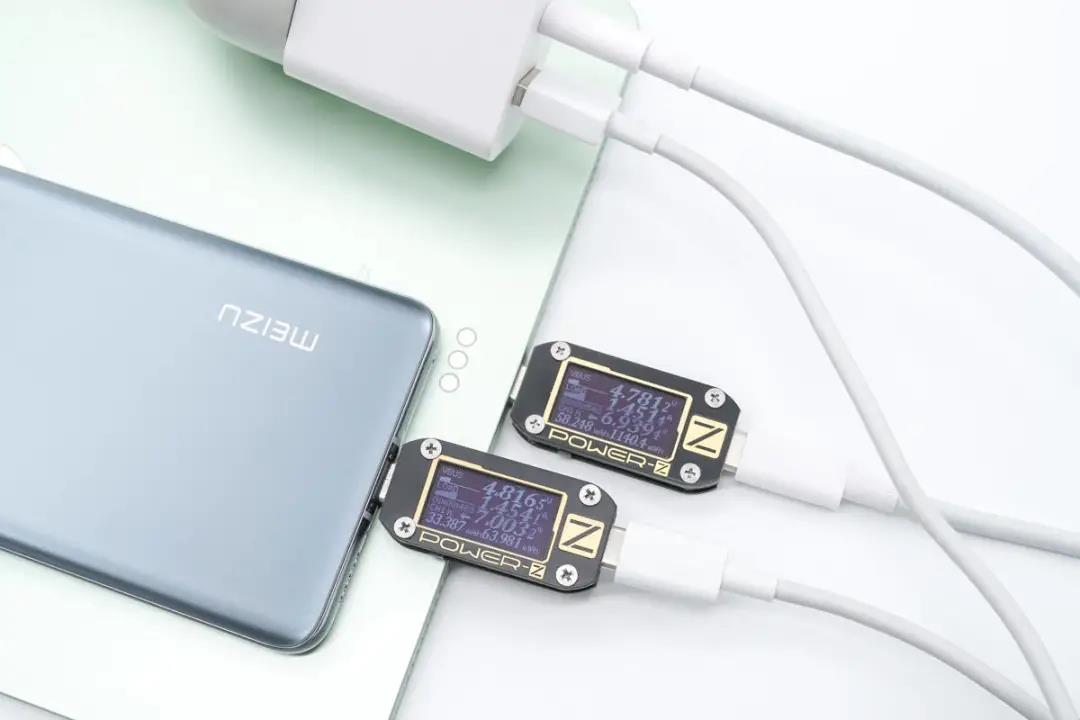 In the multi-port simultaneous output part, 2 ports are used to charge 2 devices at the same time. The actual measurement of dual ports belongs to the same output design. The picture above is a test of charging the iPad Pro using the USB-C of the GOOD-SHE 33W charger. The whole process is divided into four stages and ends in 2 hours and 13 minutes. 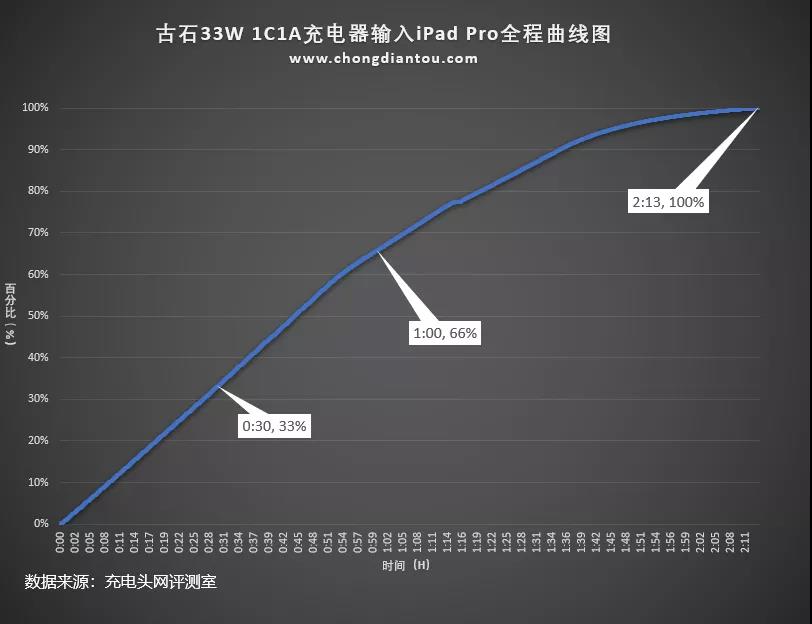 Drawing the entire charging process into a graph, it can be seen that 33% of the power is charged in half an hour, 66% in 1 hour, and 2 hours and 13 minutes are required to fully charge. The highest temperature collected on the surface of the charger after 1 hour was 60.9°C. 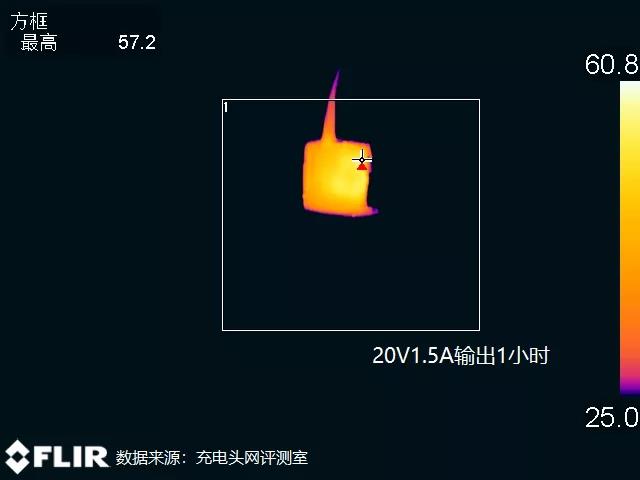 The highest surface temperature of the charger on the other side is 57.2°C. 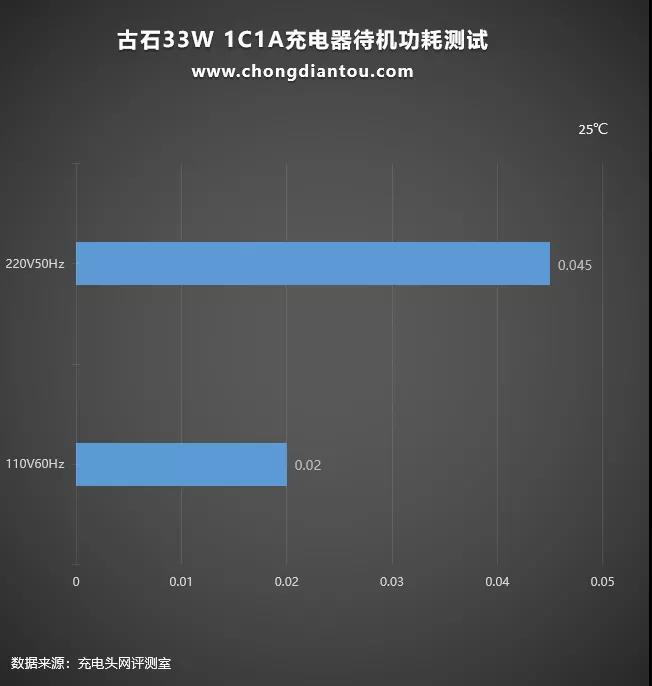 If electrical appliances are often plugged into sockets and not used, they will consume electricity, but they are very small. After the power meter test, the no-load power consumption of the GOOD-SHE 33W dual-port charger at 220V 50Hz is 0.045W, and the energy loss in one year is about 0.39KW·h. If the market price of electricity is 0.6 yuan/KW·h, then charge The electricity bill for a year is about RMB 0.23.

The no-load power consumption at 110V 60Hz is 0.02W. Converted, the electric energy consumed in one year is about 0.17KW·h. If the market price is 0.6 yuan/KW·h, the annual electricity bill of the charger is about 0.1 yuan.

The charger is essentially a conversion device, and there will be losses in the process, which will be dissipated in the form of heat. We usually see that the parameters on the charger output 100W or 65W is the maximum output power that the charger can provide for the device, but the power drawn by the charger from the socket is often greater. The following is the GOOD-SHE 33W dual-port charger at 220V 50Hz The conversion efficiency test was carried out under the conditions of AC input and 110V 60Hz AC input. The test results are as follows： 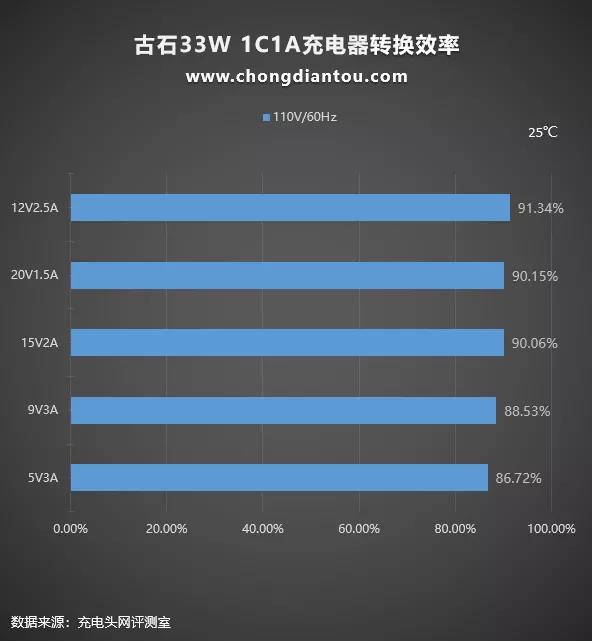 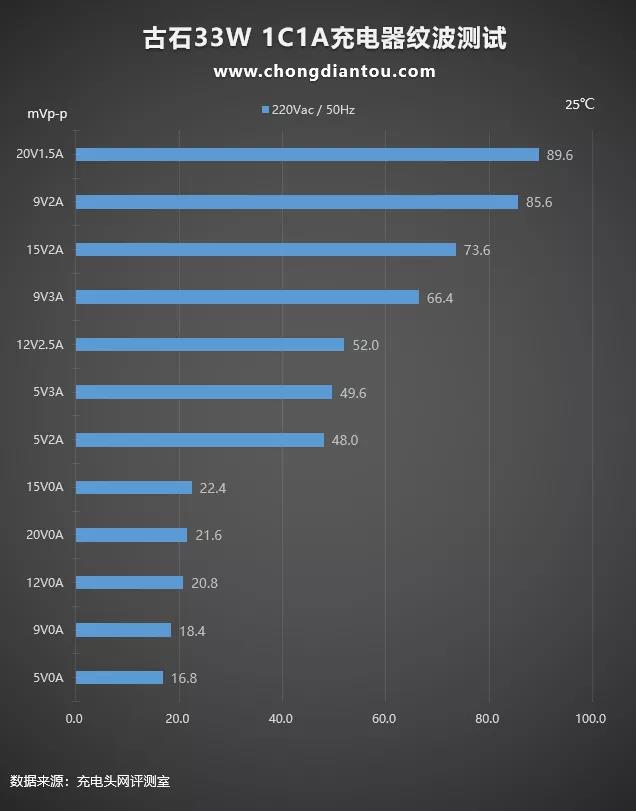 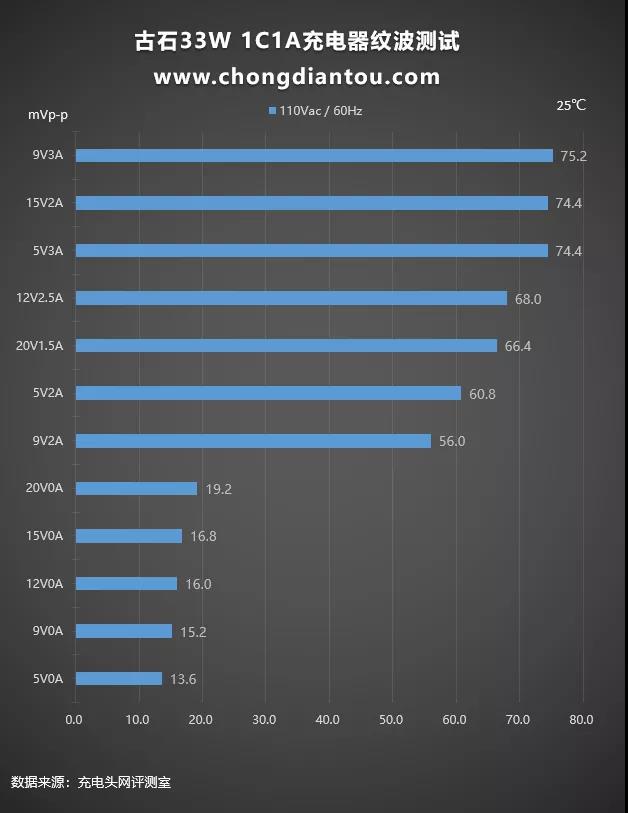 In the national standard, the charger ripple requirement is not higher than 200mVp-p. Under the input voltage of 110V 60Hz and 220V 50Hz for the Gushi 33W dual-port charger, all output power ripple peak-to-peak values are lower than the standard of 200mVp-p, which performs well.

The appearance of this 33W dual-port charger from Good-she is a common design, equipped with US-standard fixed pins, and a universal national standard socket. The charger is equipped with 1C1A dual USB fast charging interface. USB-C supports 5-20V full-voltage gear, which can fast charge notebooks. It supports 3.3-11V3A and 3.3-16V2A PPS fast charge gears and multi-quick charge protocol. The actual charging compatibility is good. The USB-A interface supports 18W fast charging, but the power can exceed 20W in the actual test. Both USB-C and USB-A can provide high-power fast charging for the device, and the overall performance is good.